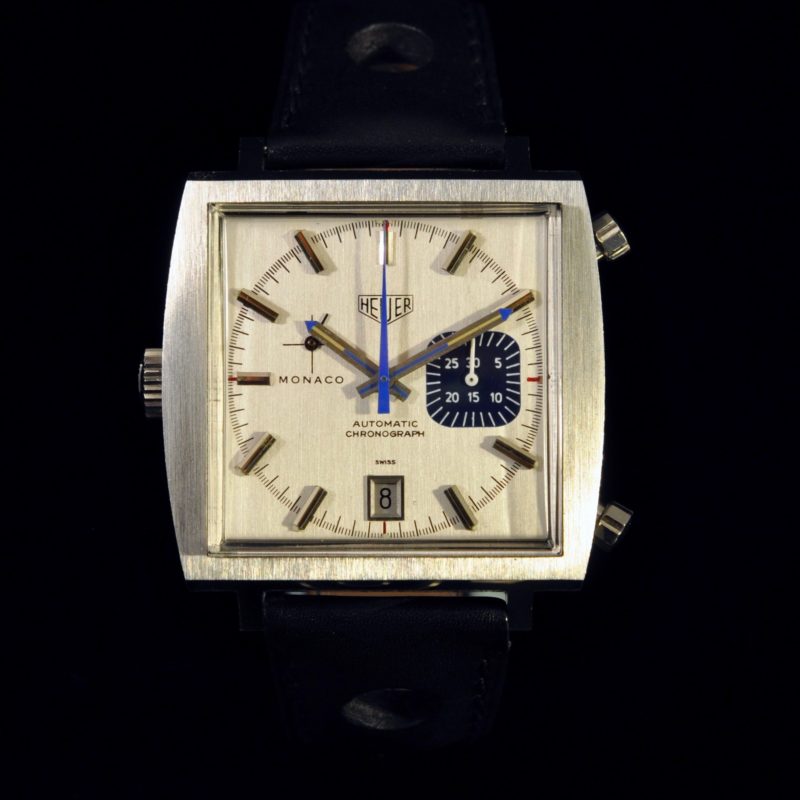 Edmond Heuer founded his company in Saint Limier in 1880, and was the first manufacturer to manufacture chronographs in series. Heuer has always remained at the forefront for chronographs.

A turning point came in 1964 when Jacques Heuer took over the factory’s torch.

Passionate about motor racing, he takes the challenge of associating watchmaking with his passion.

He quickly succeeded in offering models for the automobile but also for aviation, so he created the Autavia, contraction of ” automobile ” and ” aviation ”  in 1970.

All a series of chronograph models are named after circuits all over the world (Monaco, Montreal, Daytona, etc.) or emblematic racing vehicles (Carrera, Camaro, etc.).

The model here is legendary, one of the most emblematic and atypical piece in the history of vintage. A square box cut from the mass.

A chronograph named after Monaco, the famous car race.

As iconic as mysterious, this chronograph is the result of the association between Breitling, Hamilton Buren, Heuer and Dubois Depraz, to carry out the 99 projects to create the first automatic micro rotor chronograph, the famous 11 calibre, which is followed by several up to the 15th calibre which equips the proposed model.

It is a Monaco around 1970 with a large square steel case.

A rare silver dial with a minute totalizer at 3 o’clock.

Date by window at 6 o’clock and off-centre second hand at 10 o’clock.

This immediately recognizable model with its crown on the left opposite the push-pieces, will have a worthy career as a pilot chronograph that intrigues the general public.

A UFO in the world of watchmaking that has not wavered in the hearts of collectors.

A unique model, the Monaco with its well-soaked character will bring you great pleasure in your daily life and is worthy of being included in a collection of atypical chronographs.

Some other Heuer watches 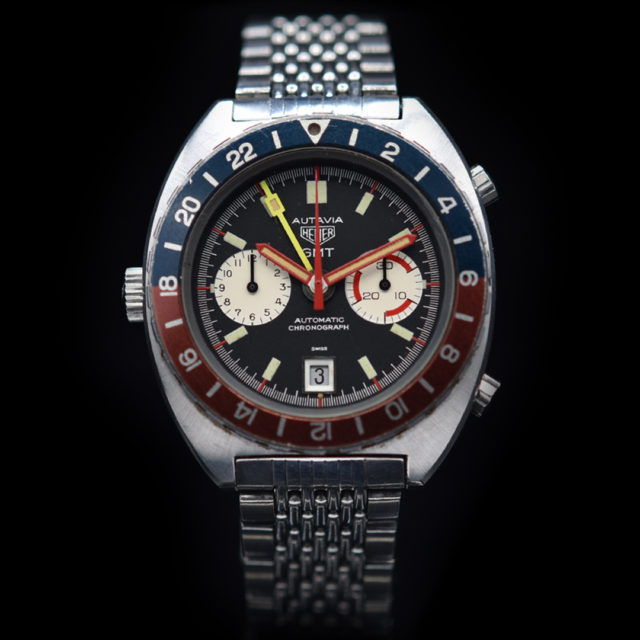 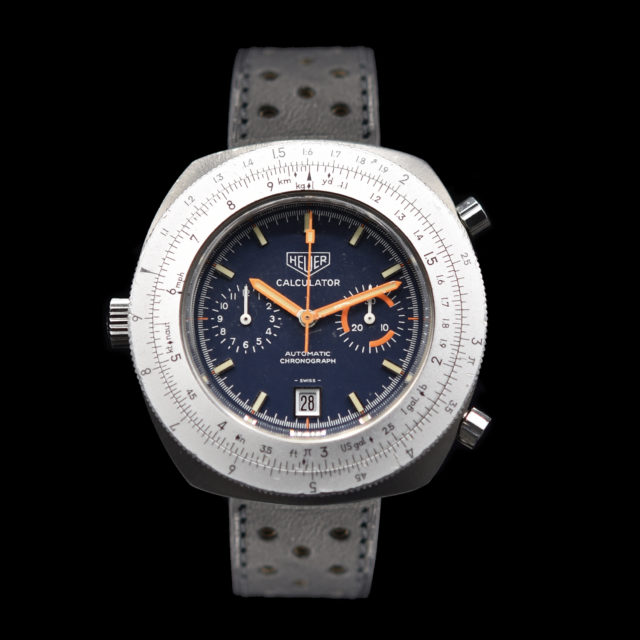 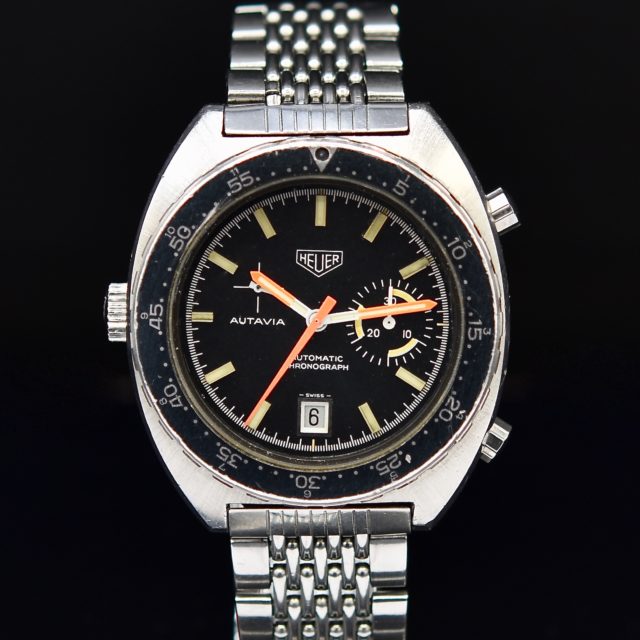 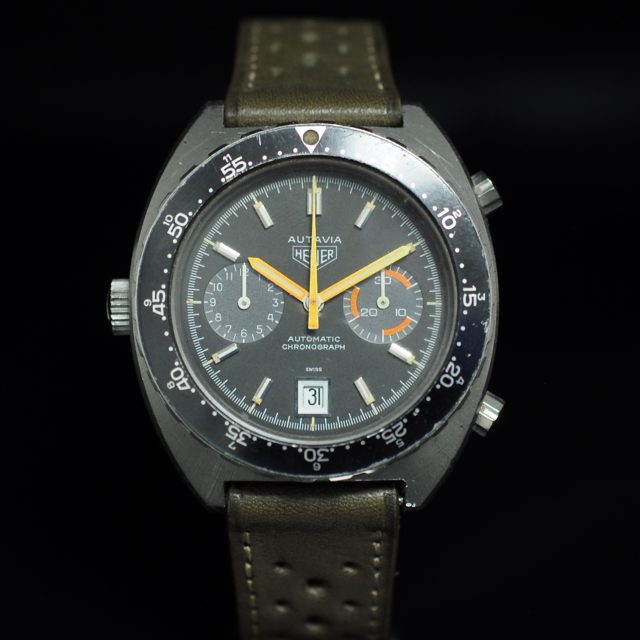