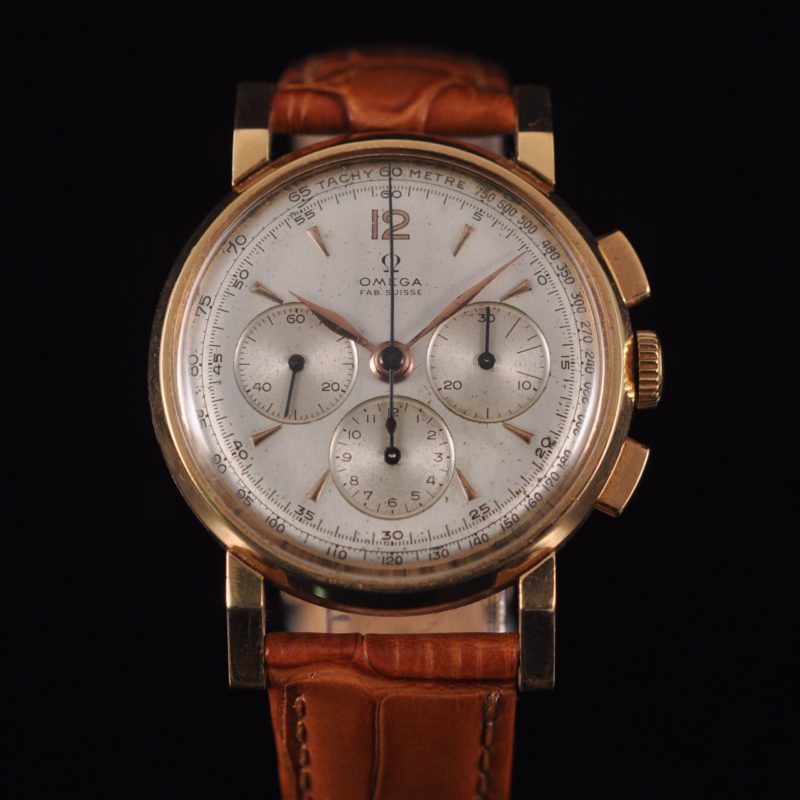 In 1862, this is the birth of the first « chronograph », a new era is born . It was a watch with an additional mechanism to start, stop and reset the chronograph hand. The desire to suspend time for a moment, to master and measure it.

Omega is an undeniable player in the history of the chronograph. Like the Speedmaster which accompanied the crew of Apollo 11 on July 20th, 1969, when they first set foot on the moon. It was not by chance that Omega was chosen by NASA; it is its history as a manufacturer which leads, after years of research, to the development of reliable chronographs. First of all, it is an exceptional caliber which animated the first 3-register chronographs in the 1940s, the calibre 321, the one which equipped the Speedmaster until 1969, it is of a remarkable architecture and reliability and has a column-wheel mechanism for the chronograph.

The model presented here is from 1947, its design is pronounced by its remarkable stylized lugs, giving it an assertive character. Very elegant, it is in 18K yellow solid gold, its silver dial with 3 registers has applied epis indexes with a tachymeter scale, is in perfect original condition.