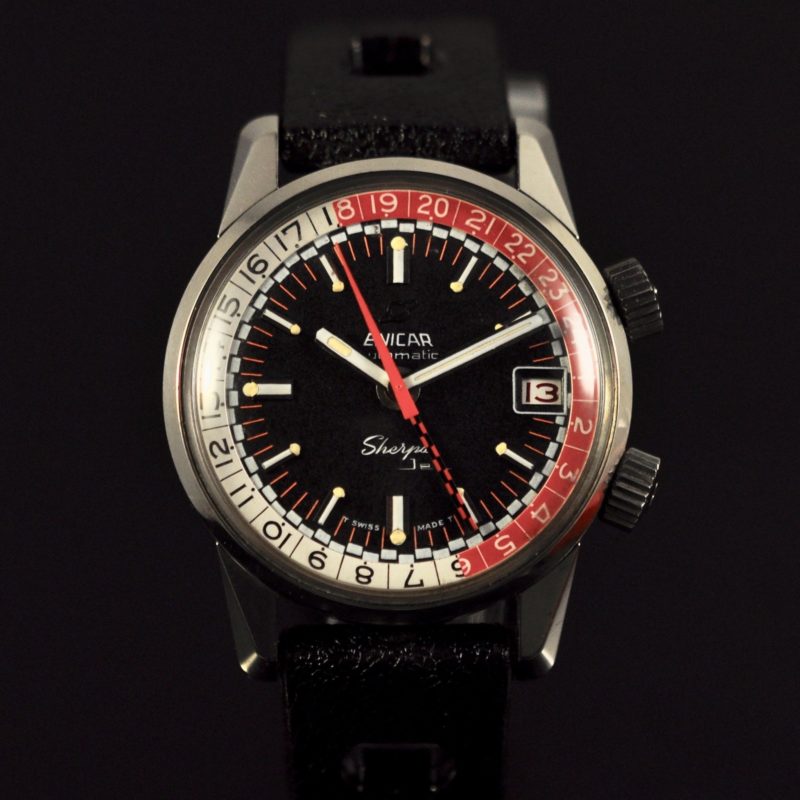 The history of the watchmaking company Enicar began in 1914 when Ariste Racine founded his watch production unit in La Chaux-de-Fonds. Its goal: to produce anchor watches with an order of magnitude of 4 to 17 lines.

Around 1962, Enicar began producing his own automatic movements.

The name “Sherpa” is given to sports watches, which will equip the wrists of a Swiss expedition in 1956 during the conquest of Everest.

There are several Sherpa models such as Sherpa Time, Sherpa Ultra Drive, Sherpa Star and finally the Sherpa Jet, which is the model that interests us.

It is a round steel case around 1960 double crown, one activates the bezel 24h that reads a second time zone, the other for the settings of the watch.

Date by window at 3 o’clock.

This is a beautiful model of Enicar history, a watch sought collectors.

All Sherpa models are the spearhead of the firm.

A timepiece has a sporty chic and elegant look.

Some other Enicar watches 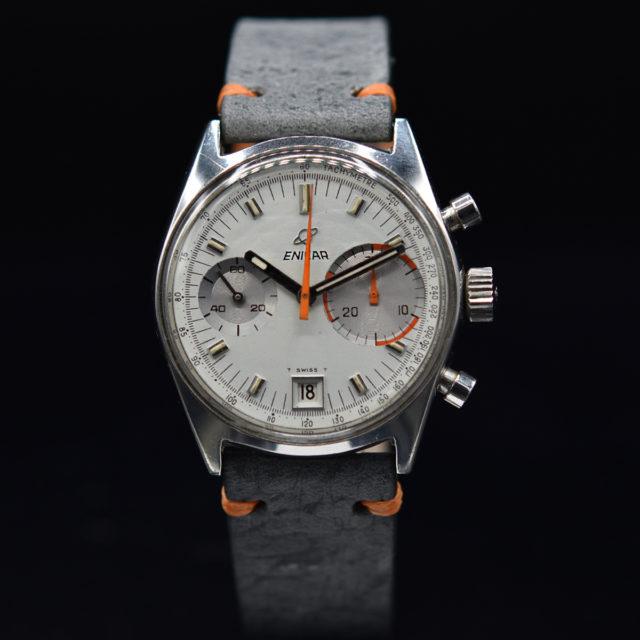 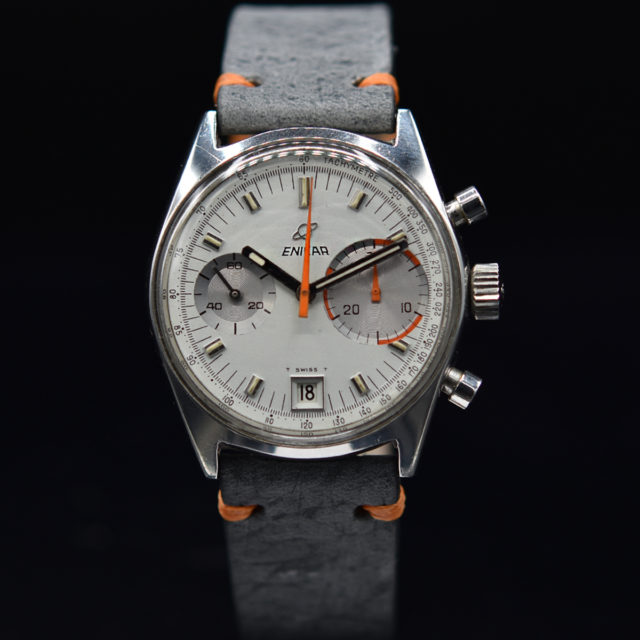 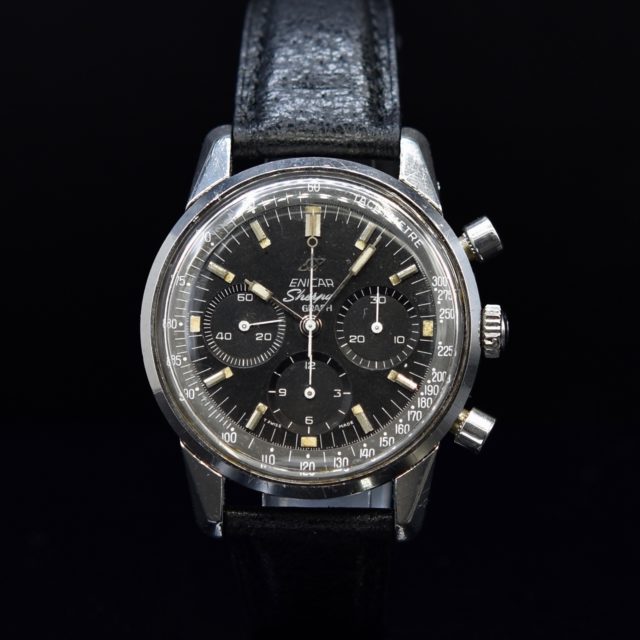 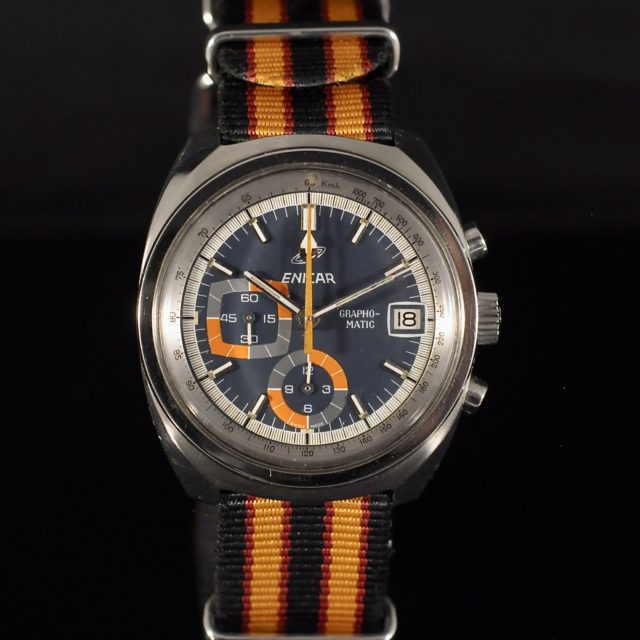 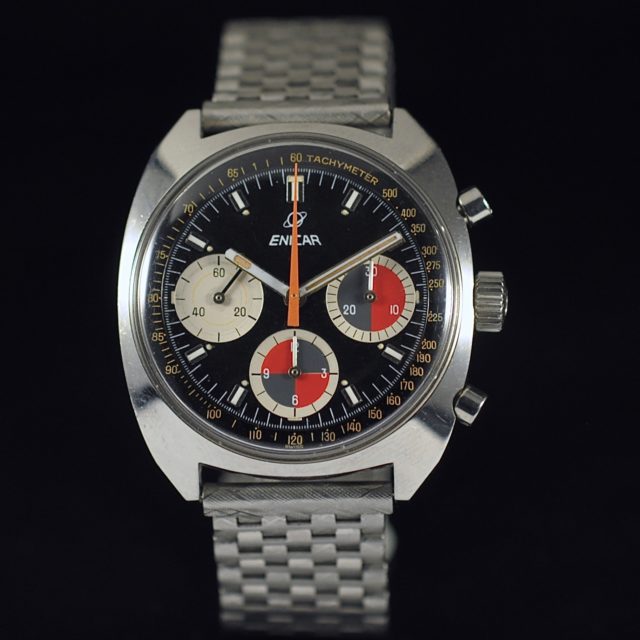 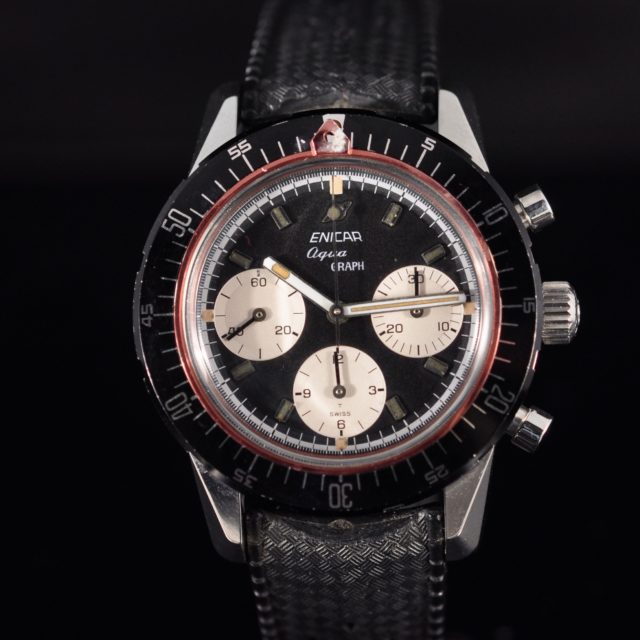