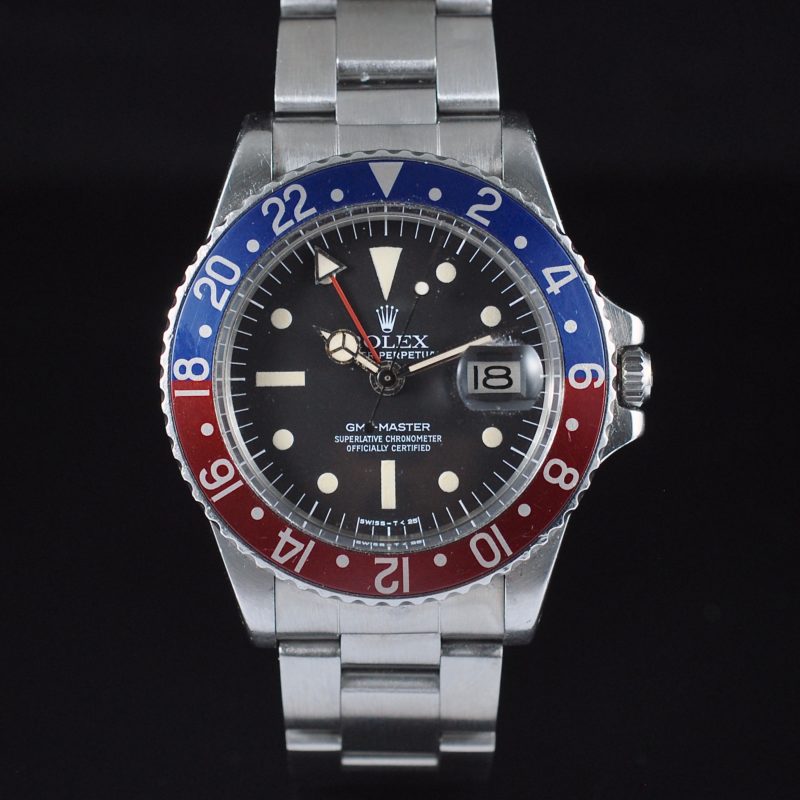 It was in 1954 that the first reference of the Rolex GMT was born with ref. 6542, which then fitted the wrist of the PanAm airline pilots. It was at this time that civil aviation took off and developed. The ref. 1675 will replace the first reference in 1959.

The GMT is characterized by its graduated telescope 24h “Pepsi” but also by its 2nd hand indicating a 2nd time zone.

This model, dated from 1976, is called “Radial”, characterized by longer timer indexes at 12 o’clock, 6 o’clock and 9 o’clock but also circular indexes of advantage centered.

A nice copy of GMT to collect.

Some other Rolex GMT MASTER watches 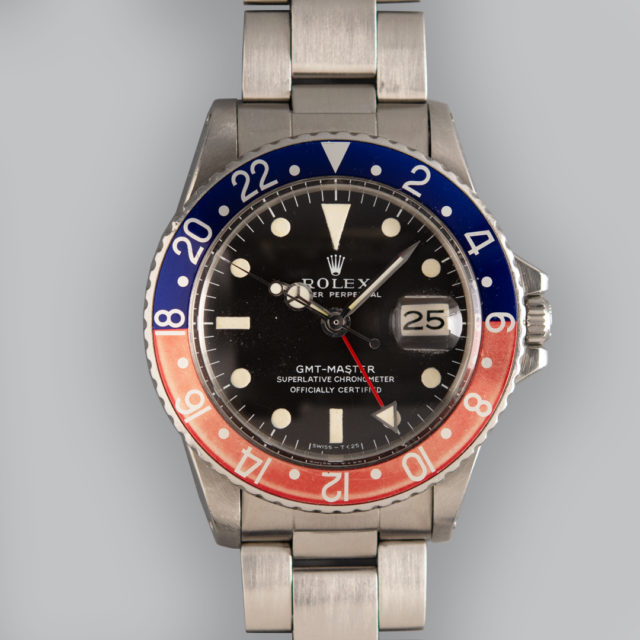 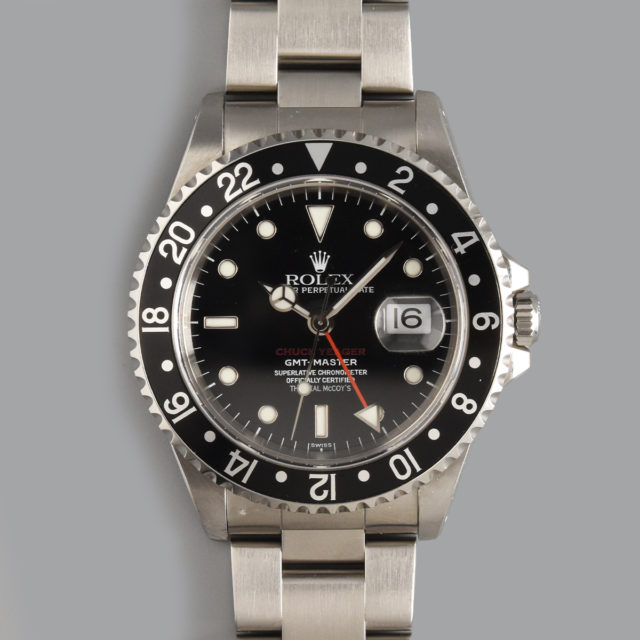 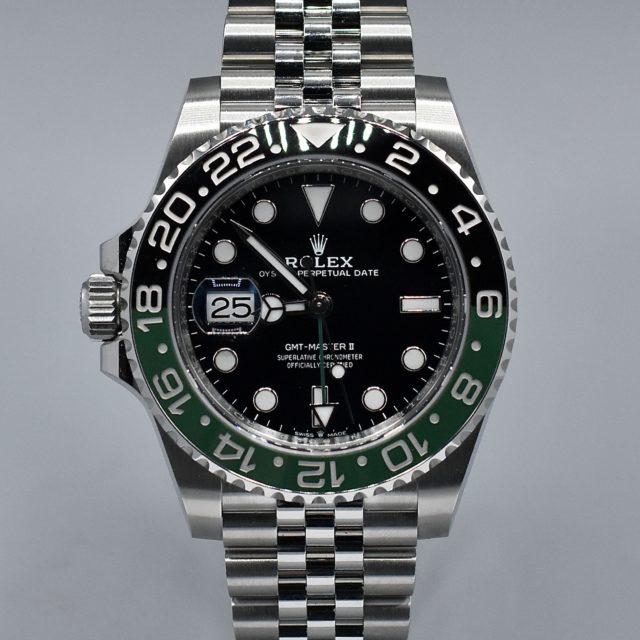 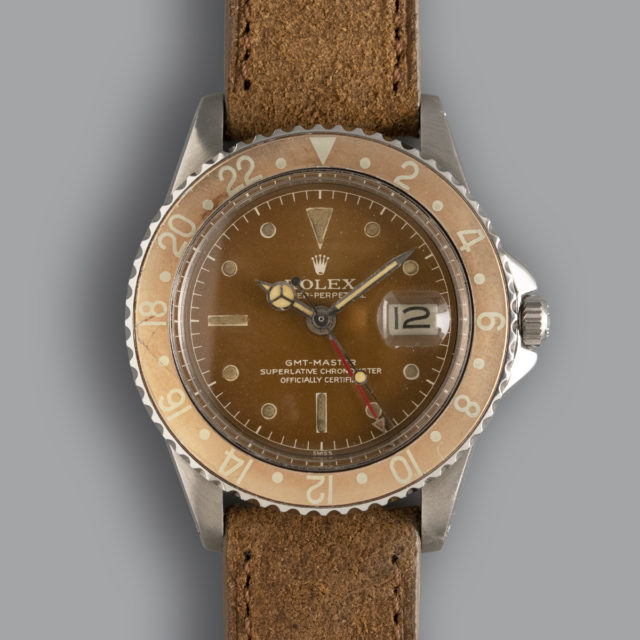 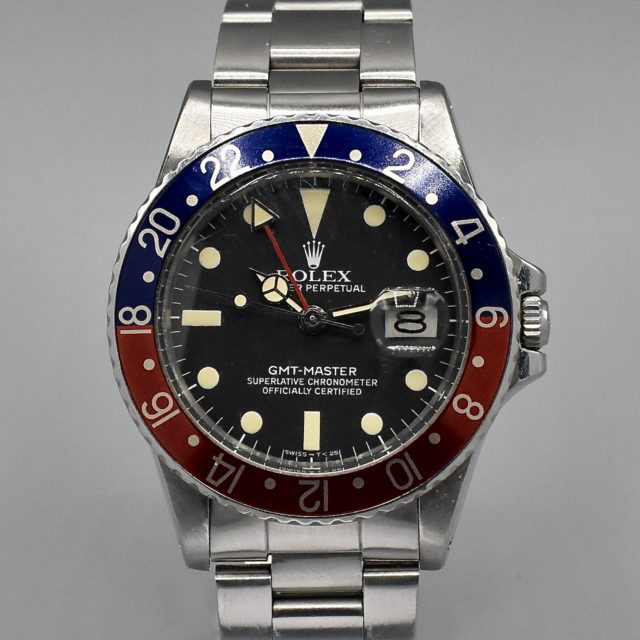 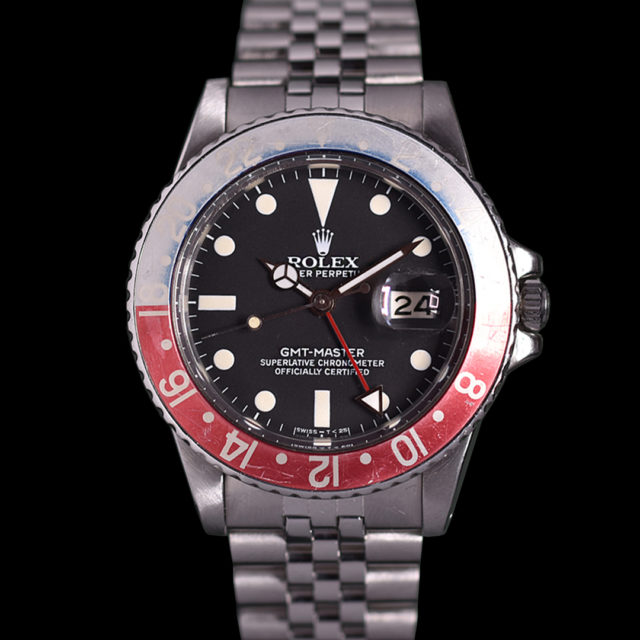